Victoria Wood was a British comedian and actress, singer-songwriter and director, who sadly died this week of cancer aged 62.

Victoria was one of Britain’s most loved comedians throughout her long career, which included a 15-show run at the Royal Albert Hall, the TV series Dinnerladies and her 1980s sketch TV show As Seen On TV.

She wrote comedy that women could relate to and her characters were often women who had not-so-glamorous jobs. The British public adored her and her career has opened up the doors for many female comedians who followed her.

Victoria opened the doors for many female comedic performers in the UK and her influence can be seen in the work of actresses such as Jane Horrocks, Caroline Quentin and and Kathy Burke.

(On breasts): “If God had meant them to be lifted and separated, he would have put one on each shoulder.”

She was a controversial figure at times – she was critical of the acclaimed Australian author Patrick White – and she chaired the Miles Franklin Award panel which chose Helen Demidenko’s book The Hand That Signed the Paper as the winner.

Dame Leonie was a formidable figure in academia in Australia and achieved an incredible amount for a woman of her time.

Frances Perkins was America’s first ever female Cabinet member and was Secretary of Labor in Franklin Roosevelt’s government.

Her influence helped steer some of the USA’s most important ever social changes – the “New Deal”, the creation of Social Security and establishing the minimum wage.

Frances was a social worker who became head of the New York Consumers League. She kept her name when she married (pretty rare back then) – defending her right to do so in court, no less.

While in New York, she witnessed the infamous 1911 Triangle Shirtwaist Factory fire, which claimed the lives of 146 young women – she would later say that was the day the New Deal began. She was on committees to investigate the fire and dedicated herself to workers’ rights.

Frances is known as the Mother of Social Security – so, literally hundreds of millions of Americans can thank her for supporting them when they may not have been able to do so themselves.

Personally, I love the fact that she went to court to uphold the right to keep her name when she married. I’m sure she’d roll over in her grave if she knew how many women change their names when they marry today.

“Feminism means revolution and I am a revolutionist.”

A Feminist a Day: Frances Perkins

Justin Trudeau is the Prime Minister of Canada. His dad was also the PM of Canada.

When he came to power last November, Justin memorably announced that his Cabinet would comprise 15 men and 15 women. Why? “Because it’s 2015”, was his answer.

He’s also declared himself to be a feminist, and that he wants to raise his children to be feminists, too.  On International Women’s Day, he unveiled a plan to feature a Canadian woman on the country’s banknotes. He’s also pro choice.

Why should we thank him?

Not enough men, let alone leaders of countries, stand up and declare themselves to be feminists, highlighting as he has, that it’s an opportunity to improve our society for all.

“The days when old men get to decide what a woman does with her body are long gone. Times have changed for the better.”

A Feminist a Day: Justin Trudeau

Dame Zaha Hadid, who died this week, was one of the world’s most prominent and influential architects.

Best known for designing the London Olympic swimming stadium, Dame Zaha was a trailblazer for women architects in a traditionally male dominated field.

Her designs were innovative and she became reluctantly known as the “Queen of the Curve” for her distinct fluid style. Among her noted buildings are the Opera House in Guangzhou, the Peak Leisure Club in Hong Kong and the Vitra Fire Station in Germany.

Dame Zaha was one of the world’s best architects and an accomplished businesswoman, who was often outspoken about the barriers to women in her profession.

Her buildings will live on to inspire generations of female architects and delight the world with the power and possibility of beautiful buildings. 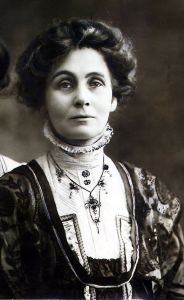 Emmeline Pankhurst is probably the most famous British suffragette. She founded the Women’s Social and Political Union – this was a really militant group, who smashed windows, went on hunger strikes and one of their members was killed when she threw herself under a horse at the races as a protest. They were all about “deeds, not words”. Right on.

Women all over the world (but particularly in the UK) really owe their right to vote to Pankhurst and her supporters. 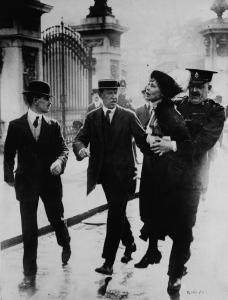 “I would rather be a rebel than a slave”.

Pankhurst was played by the immortal Meryl Streep in the movie, Suffragette.

A Feminist a Day: Emmeline Pankhurst

Susan Ryan has been Australia’s Age Discrimination Commissioner since 2011, but before that she was a Minister in the Hawke Labor Government, including as the inaugural Minister assisting the Prime Minister for the Status of Women.

Susan initiated the Bill that became the Sex Discrimination Act 1984 – the law that made it illegal in Australia for employers to refuse jobs to women based on their gender. Today it protects women against discrimination on the basis of sex, marital status, pregnancy, or to dismiss you from a job because of your family responsibilities. It also protects you from sexual harassment in the workplace.

She was also crucial to the introduction of the Affirmative Action (Equal Employment Opportunity for Women) Act 1986, which required some employers to implement affirmative action policies.

We can’t imagine a time when jobs were advertised for women only, or men only. Or that women were flat-out refused a job because they were a woman. But it wasn’t all that long ago.

Susan played a crucial role in the laws that protect us every day and enable women to be at least on a legal level playing field in the workforce (the reality is still a different matter, unfortunately).  What a legend.

A Feminist a Day: Susan Ryan

Betty Friedan was an American writer, feminist and activist whose 1963 book The Feminine Mystique is credited with launching the second wave of feminism worldwide.

She also co-founded and was the first president of the highly influential National Organisation of Women (NOW). In 1970, Betty organised the Women’s Strike for Equality which saw 50,000 women in New York alone and made headlines around the world.

The Feminine Mystique coined the phrase “the problem that has no name” – essentially, a generation of educated women who felt stifled by their homemaker role and inability to have careers like men. The book helped to ignite the women’s movement in the 1960s and 70s, which saw huge leaps in new freedoms and achievements in women’s rights.

NOW is arguably the most powerful and influential force in women’s rights in the US, and its activism has helped millions of women.

The Feminine Mystique lit a fire under a generation of women, creating the wave of feminism that gave us Germaine Greer, Gloria Steinem and many other powerful voices.

Betty really did change the world by asserting that women were as capable as men for any work or any career path. A revolutionary idea at the time.

“The feminine mystique has succeeded in burying millions of American women alive.”

A Feminist a Day: Betty Friedan 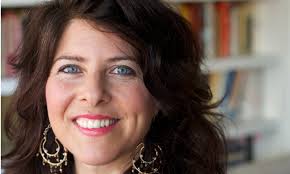 Naomi Wolf is a writer and former political adviser best known for her seminal book, The Beauty Myth, the most famous work of the “third wave” of feminism.

Published in 1991, The Beauty Myth is widely regarded as the most influential feminist work since Germaine Greer’s The Female Eunuch. In a nutshell, it asserts that despite the gains women have made in society, we still have to adhere to a prescribed concept of beauty – and that ultimately keeps us oppressed. Or as Naomi says, that beauty is the “last, best belief system that keeps male dominance intact”.

The book was an international bestseller and with good reason – it spoke to a generation of women who had made progress in so many ways, and yet were still under the thumb of the ole patriarchy. Think dieting, skincare, fashion, plastic surgery, women’s magazines, eating disorders. There are a lot of powerful industries who have a vested interest in women feeling ugly all the time.

Naomi kick-started an entire generation of women to get on board with the idea of feminism. She challenged the very notion of women’s beauty and why it existed. She inspired a raft of other writers to challenge patriarchal structures of modern society and create a new voice for feminism in a modern world.

And, she changed my life. The Beauty Myth changed everything about how I saw the world. Sadly, it’s as relevant now as it was in 1991. Even more so, actually. Read it.

“Women’s identity must be premised upon our ‘beauty’ so that we will remain vulnerable to outside approval, carrying the vital sensitive organ of self-esteem exposed to the air.”

A Feminist a Day: Naomi Wolf 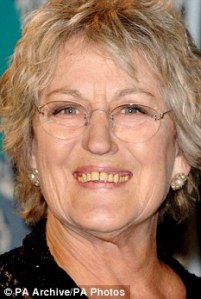 Germaine Greer is an academic and writer who became one of the key global voices of the second wave of feminism. Her book The Female Eunuch is an international bestseller and changed the lives of millions of women worldwide.

Germaine burst onto the scene as a brash, outspoken, highly intelligent and unrelenting voice. She was brutal, she was witty, she was a force to be reckoned with.

The Female Eunuch urged women to think beyond their own social conditioning and have their OWN WILL. It encouraged women to break out of their traditional roles at home and question traditional authority figures.

TFE asserts that the traditional suburban family unit represses women sexually, rendering them ‘eunuchs’, and that women are taught to be submissive to men from childhood, which makes them consider themselves inferior to men.

Germaine’s work pretty much became the international framework for second wave feminism worldwide. Not everyone agrees with Germaine on many of her ideas and statements – she’s a highly divisive figure. But feminism is a broad church and no one can doubt her impact on society and the world, but most importantly, individual womens’ lives. Few books have had such a big impact on everyday people.

“Women have very little idea of how much men hate them.”